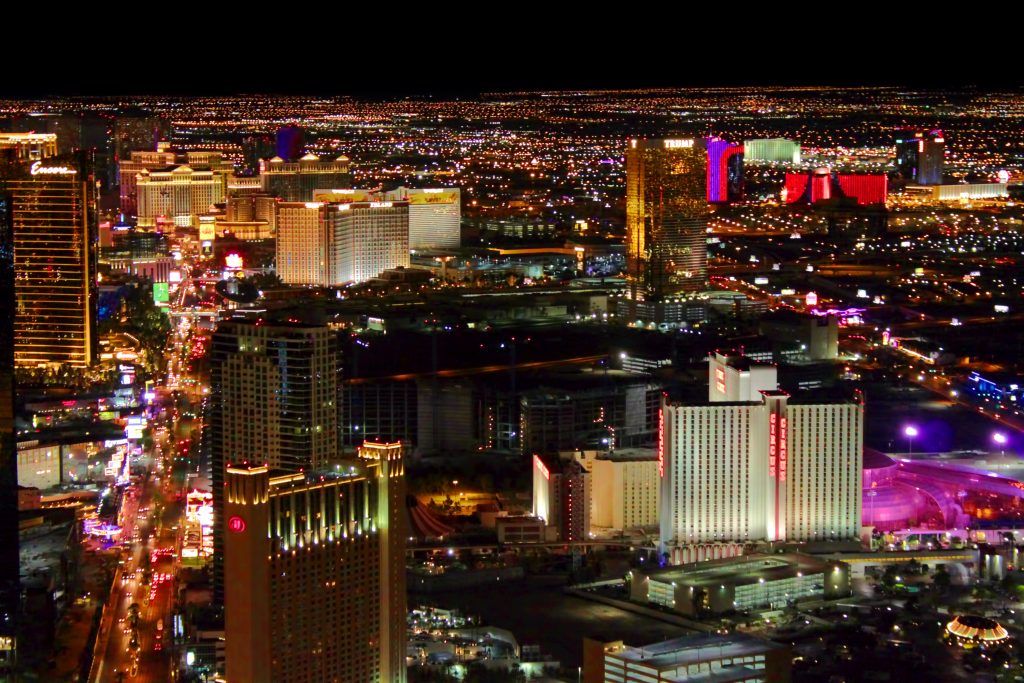 Between September 21th and 22nd, we visited Las Vegas regions.

Las Vegas is always known as an entertainment center, but it is not known that States has tested the latest technologies in the Nevada region since the risk of low natural disasters such as storms, hurricanes and earthquakes ensures that this zone is safe. Many projects related with space station planned to be built on Mars are being developed in Nevada and California. NASA has several locations in there. And one of the largest space company Sierra Nevada Corp. is based on here in Nevada. Surprisingly, SNC is owned by two Turkish entrepreneurs Mrs. Eren Özmen and Mr. Fatih Özmen. I am proud of them to build such an important company.

The largest data centers in US, the most advanced terabit-rate broadband fiber optic network, the most advanced electrical infrastructure, research universities that work closely with Harvard and MIT, the best living conditions, the most favorable tax rates, Tesla’s electric car manufacturing plant, all are in Nevada district.

The Nevada region was an important state with which we made important connections in terms of improving relations with TDG. Lt Governor of Nevada Mr. Mark Hutchinson made an opening speech and said that he strongly supports the cooperation and he will appreciate if we invest Nevada.

Ms. Tina Guigley, President of the Nevada Regional Transportation Commission made a presentation about Smart City plans in Nevada -We need to discuss Smart City projects in Istanbul or other cities immediately. ConsulTing, Ecosh, CSO and Izzy teams are very much related with these projects indeed- Mrs. Guigley, also gave an important information about the billion-dollar highway project that will connect the north & south line of Nevada.

On September 21st, we made more than 30 B2B meetings in different topics. We examined wide range of technologies in Las Vegas. It was extremely helpful to understand the market structure in Nevada. I hope we will execute several partnership and projects in Nevadans companies in near future.

In second day, on September 22nd, we visited Rob Roy’s Switch Data Center in Las Vegas whichis the data center of huge companies like Google and Amazon.  They are managing 200.000m2 in one location, Nevada.

We discussed the potential opportunities with Mr. Thomas Van Kempen to enter the clustered ecosystem around this data center, aside from learning about a new model data center in this visit. For companies that deliver their solutions over the cloud to the US market, the Switch is an important reference for security as it offers very important services. With a patented special cooling system, that provides the same coolness and consistently zero dust in the Nevada desert environment. They have wiring from above for ease of use, not on an elevated base like as usual, backing up the electrical system with a 3-way system etc.

Another important visit we made was the Hyperloop One project. In the Nevada region, where the world’s fastest train/box was being built, the company delegation made an important presentation and explained about the project. In a vacuum tunnel in which there is no air friction coefficient, it can be reduced to about 20 minutes from Ankara to Istanbul by train/box designed to make 1200 miles per hour with magnetic lifting force.

You may have information about the Hyperloop One project from the link below.

We will discuss such projects for Turkiye and other countries with the philosophy of Life Economy and healthy technological development concept for sure.

TDG Global’s goal is to open important gateways that can easily enter the big market like USA, China and others. Of course, after that visit, it is our pleasure to be able to appreciate the importance of the relations between the US and TDG Global. In the presentations, we have made, the position that the TDG has come from and the messages we have given about the extreme potential is getting good reflection from Nevadan Companies…