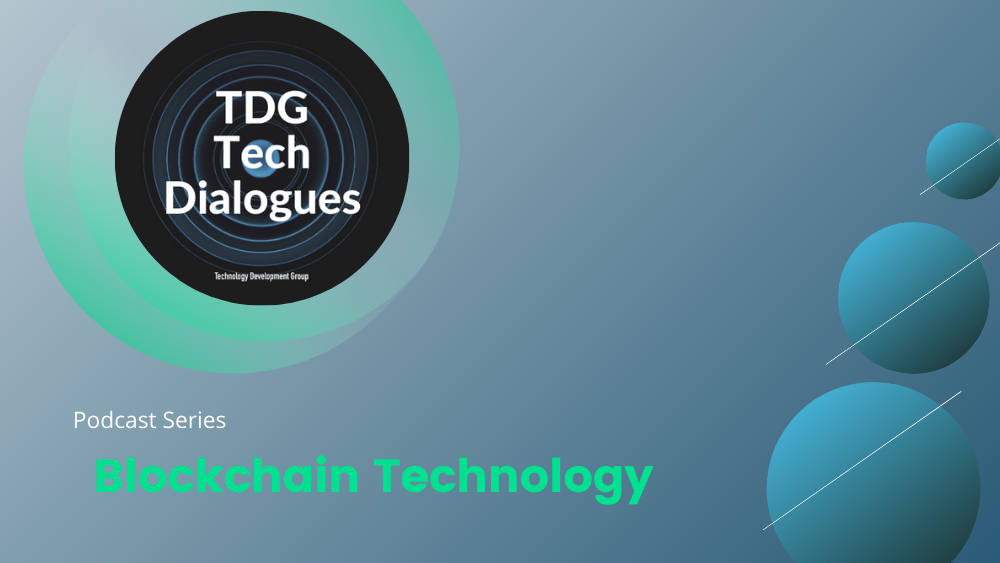 In the second episode of our TDG Tech Dialogues podcast, we hosted Özgür Akbulut, who works as a Solution Architect at TDG Global. We had a conversation about the history of Blockchain technology, its effects on the industry, and its future.

Could you tell us about your career?

For nearly two decades, I have been associated in the IT sector with different principles, from large banks, insurance companies, and companies that develop smaller applications.

I have been focusing on blockchain systems intensively for the last three years. It started with understanding. What is going on, where is the world going, what kind of systems are these, what is this blockchain, etc.

Afterward, it was a process where I developed my small applications, and I progressed by getting deeper by participating in some implementations and some ISO processes.

What is Blockchain, how is it work?

We thought that everything would unite, information would unite, and we would all communicate openly and transparently with each other. Afterward, with the growth of data and the increase of data-related information, all systems went towards centralization. With centralization, the matter of “data ownership” came up.

Troubles began to arise with the ownership of the data. I describe blockchain as the second revolution in this sense. Or “evolution” whatever you call it.

“There are two points in blockchain systems; one, ownership of data, two, access to data, transparency.”

In the media, we see articles about the negative impact of technologies used for data mining or blockchain on the environment. What do you say about that?

For more limited structures many algorithms such as Proof of Work, Proof of Stake, and Proof of Authority came into play. They turned into simple protocols that you can even use on your phone. They will develop further in the future.

The electricity produced by these coins, which only use bitcoin or proof of work, is not even one percent of what is consumed by other systems in the world right now. When you look at it in that sense, they do not have much electrical charge.

Is it used in the health sector, how is it used?

The healthcare industry is so untouched. I have seen a few attempts in the United States for insurance premium payments, diagnosis, or data reconciliation.  I am not entirely sure this was carried out but it has been tested and the results are seen.

Where else can we use blockchain technology?

Let me give an example of a supply chain.

The whole process of a product from the final producer to the consumer has many stages and many stakeholders. If we consider a process, the manufacturer hands it over to the logistician, it comes to the wholesaler. That wholesaler transfers it back to the logistician, ensures that it is distributed to other places, distributes it to the markets, or distributes it to other companies. We are talking about complex processes. Even if you try to write automation for this, it is a serious difficulty.

Imagine we put this process in a shared database.

Many centers are creating a shared database by feeding the part related to their business at the same time. From this shared database, everyone can track their own business.

It speeds up our processes and automates them completely end-to-end.

You wrote an article about structuring election systems on blockchain technology recently. What exactly were you suggesting in that article?

I touched on a few issues in this article. First, I gave detail about electoral systems.

How about we transfer the electoral system to digital media entirely?

There are also two topics that I have added here. First, this structure has an electronic signature, identity issue. Anyone can use it with their special signature and identity.

Secondly, if we do this with the blockchain system, there will be a benefit: Multiple stakeholders will own and manage all this data.

I think electoral systems will reach this point in the coming years. Also, the other benefit of this is that it will increase its security as the data cannot be modified or tampered with in any way.

So what will happen in the future, Özgür, how do you see it? Will all systems return to Blockchain?

We will start with hybrid first. Then the needs will move in that direction.

The speed has increased, the world is accelerating. Knowledge also increases. What will we do as data grows? Even collecting and using data on one side is another problem. 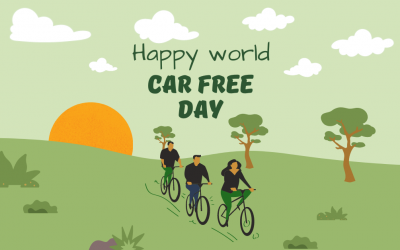