How is Genetic Analysis done?

The human body is composed of billions of cells, each containing deoxyribonucleic acid (DNA) which encodes the basic instructions for cellular function. The complete set of an organism’s DNA is called its genome.

The human genome is organized into 23 pairs of chromosomes which are further divided into over 30,000 smaller regions called genes. Each gene is comprised of a string of nucleotide bases labeled A, C, G and T. Human DNA has approximately 3 billion nucleotide bases and their precise order is known as the DNA sequence.

When a gene is “expressed,” a partial copy of its DNA sequence—called messenger RNA (ribonucleic acid) or mRNA—is used as a template to direct the synthesis of a protein. Proteins, in turn, direct all cellular function.

To date, many resources have been invested in sequencing the human genome and various model organisms. Further resources are now being directed towards understanding genetic variation and function, and applying this understanding to the development of new diagnostic methods and therapeutics.

There’s a continuing need to analyze enormous numbers of genetic markers and patient samples, in an effort to understand the underpinnings of major diseases, that would be possible with understanding of genetic variation at the DNA, RNA, and protein levels.

Genetic analysis is the term used to describe the study of a sample of DNA to look at differences, or variants, that may increase an individual’s risk for disease or impact drug responses.

While some genetic diseases, like Huntington’s disease, are due to single gene changes, most inherited diseases arise from a number of genetic changes that can be compounded by environmental factors, making it difficult for researchers to track down all the related factors. Studying patterns of genetic variation can help researchers determine which differences are disease-related.

The results of a genetic test can confirm or rule out a suspected genetic condition or help determine a person’s chance of developing or passing on a genetic disorder.

Once a person decides to proceed with genetic testing, a medical geneticist, primary care doctor, specialist, or nurse practitioner can order the test. Genetic testing is often done as part of a genetic consultation.

Genetic tests are performed on a sample of blood, hair, skin, amniotic fluid (the fluid that surrounds a fetus during pregnancy), or other tissue. For example, a procedure called a buccal smear uses a small brush or cotton swab to collect a sample of cells from the inside surface of the cheek. The sample is sent to a laboratory where technicians look for specific changes in chromosomes, DNA, or proteins, depending on the suspected disorder. The laboratory reports the test results in writing to a person’s doctor or genetic counselor, or directly to the patient if requested.

Several methods can be used for genetic testing:

Direct DNA studies simply look directly at the gene in question for an error. This technology is called FISH or PCR. Different types of errors or mutations are found in different disorders.

When a particular mutation is found in a relative with a certain disease, other family members can choose to have testing for the mutation to determine if they have an increased risk to develop the disease and pass the mutation on to the next generation.

Indirect DNA studies involve using markers to find out whether a person has inherited the crucial region of the genetic code that is passing through the family with the disease. Markers are DNA sequences located close to or even within the gene of interest. Because the markers are so close, they are almost always inherited together with the disease.

The chromosomes need to be stained in order to see them with a microscope. When stained, the chromosomes look like strings with light and dark bands.

The standard analysis of the chromosomal material evaluates both the number and structure of the chromosomes, with an accuracy of over 99.9%. Chromosome analyses are usually done using a blood sample, prenatal specimen, skin biopsy, or other tissue sample.

If there are large genetic changes, such as an extra copy of a chromosome, that could cause a genetic condition.

Biochemical genetic testing involves the study of enzymes in the body that may be abnormal in some way. Enzymes are proteins that regulate chemical reactions in the body. The enzymes may be deficient or absent, unstable, or have altered activity that can lead to signs in an adult or child (for example, birth defects). There are hundreds of enzyme defects that can be studied in humans. Sometimes, rather than studying the gene mutation that is causing the enzyme to be defective in the first place, it is easier to study the enzyme itself (the gene product). 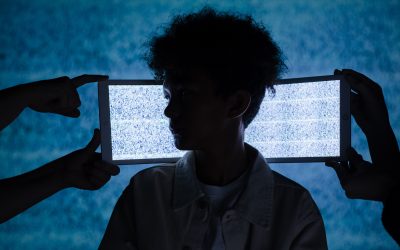