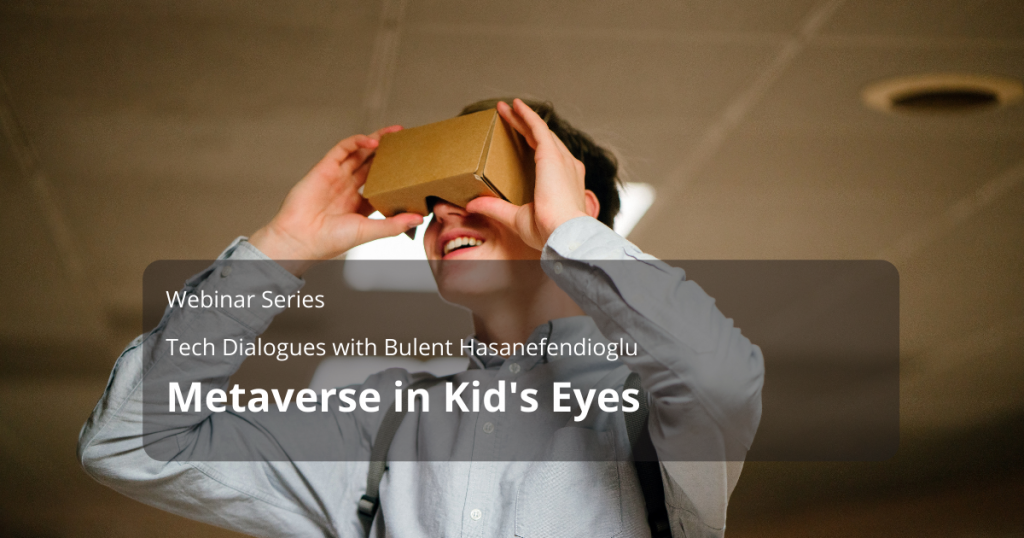 In our second episode of the “Technology Trends with Bulent Hasanefendioglu” webinar series, we talked about a popular subject, “Metaverse”.

I want to start this broadcast with the quote from your previous article.

While sitting in the waiting room at the hospital, you dreamt all of the computers, desks, and phones had disappeared. The employers have been conducting all the registrations and analysis results with the augmented reality glasses. Even a robot had served your medium sugared Turkish coffee. You had returned to the physical world when the doctor’s assistant poked you.

We do not know how much those processes will integrate into our life. But it seems that there will be a lot more opportunity with the developments in metaverse subjects. What awaits us?

That day when I went to the hospital, I experienced this happening. For a moment, I thought that there were augmented reality glasses, how much the environment could change.

It is being talked about a lot right now. Everyone states their opinions yet, it is all about estimation, a fantasy now. Some small things are put into practice.

Right now, we can only estimate 3 or 5 percent of the Metaverse. It is a different world.

What kind of world? Right now, we, as humans, are transitioning to 1.0 which is the binary system. They will also digitize us through our avatars.

That is so interesting. What happens next is hard to predict. Avatar is a phrase in Indian mythology that refers to the appearance of the gods when they descended to earth. Today, it has become popular with the Metaverse.

Metaverse is already in our lives. It wasn’t called Metaverse back then. We have seen some popular new happenings with the Matrix movie series. But it entered our lives mostly with games. They are building a complete metaverse world, especially with recent games. They bring it to many different places.

I think what we have seen so far is the introduction. There is something like this, Matryoshka, Metaverse is the same as this; it will go open.

Yes, we are already familiar with this Metaverse. Creating a virtual world, managing our avatar in it, are the things we know from games or movies, as you mentioned. Metaverse in kid’s eyes which is the title of our webcast. What is that?

Let me add one more thing before I go to that. We can probably say that these games are the engine of the metaverse world. Other things will come from after the imagination of games.

The Metaverse world also creates its own economy. How? Cryptocurrencies as an instrument of payment are currently on the docket. With the metaverse world, cryptocurrencies will be used much more widely. I think its use in the physical world will also increase and it will be made compulsory.

I watched a video recently. That is the video of Keanu Reeves starring in the matrix movie. When I watched the video, I thought of this: the perception of reality.

There are perception and time operations aimed not only at children but also adults on social media right now.

People spend an average of 3-5 hours on social media. Not only is it time-consuming, but also perception problems begin to emerge.

We are aware of this as adults, yet we use it, allowing our perception to be affected. But the kids don’t care. This is a huge danger. I wanted to draw attention to this.

I think protecting our digital identity and cyber security will become crucial. So, what other negativities can we encounter? What awaits us and, what should we be prepared for?

But if we look at the metaverse, there is Web 3.0. That strengthens my optimistic side.

With blockchain technology, which I think will be on the agenda in Web 3.0, the concept of centralization will be removed.

Apart from that, it will become very important that the communication is verifiable.

Is there anything you want to add?

George Orwell had a book called Animal Farm, one of the books that impressed me a lot. It says there; all animals are equal, some more equal than others. As a final word, I would like to add: I hope there are no more equal ones in the Metaverse. 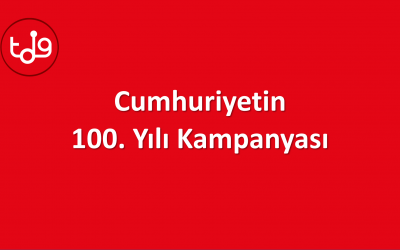 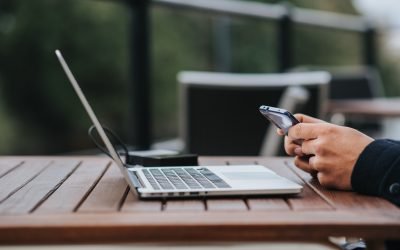 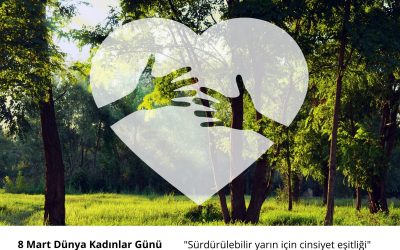